David ‘Tich’ Ennis – not a client as such, but a bod we happen to like here – is an Irish poet, man of humour, and general all-round ‘good egg’. He’s 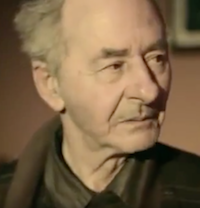 a one-time resident of the lovely Vale of Avoca. His poetry is simple, and has been simmered over a low flame of of dry wit. It rhymes a bit too. He reads it out in public, sometimes accompanied by a man with a gong.

So far so good. Anyhow, Tich has joined us in the 21st century, and now has a YouTube channel all of his own. He vows to make it grow, and we’ve promised to give his vow a little boost here.

So, why not go for a little visit? Pull up a chair. Make a habit of dropping in to see him…

I met a metaphor today
it said I haven’t much to say,
you see, I mean to things at once
and may be taken for a dunce.