It is unusual for the agency to flag up a book before it’s even written, but these are unusual times! And having said that, it’s a work of non-fiction, so bringing it to the attention of publishers whilst it is still a project is quite legitimate. 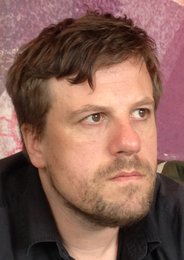 First of all, let us introduce the author, Dr. Uwe Schütte, Reader in German at Aston University. Already widely published in German and the author of more than fifteen academic monographs and trade books on pop music, he has recently made a foray into the English language market with W.G. Sebald, an introduction to the writer –  his PhD supervisor during his student years – in Northcote House’s ‘Writers and their Work’ series, now appearing with Liverpool University Press. His excellent introductory collection/edited volume German Pop Music: A Companion appeared in 2017 and he has also been asked by Penguin to produce a general introduction to Kraftwerk, the German pioneers in electronic music, which should be on the bookstore shelves in 2019.

In 2015, Uwe in conjunction with the artistic project Der Konterfei brought out a book in German about the alternative performer/artist/occultist/personage Genesis P-Orridge, and it is the English re-writing of this book that is the project for which we now want to give advance notice! 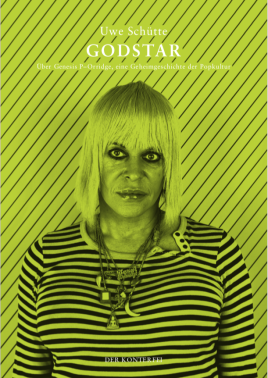 Godstar: The twisted path of Genesis P-Orridge, will take hold of the reputed inventor of industrial music, adherent of Magick, and transsexual(?), and treat its subject to a critical appraisal that is certainly no hagiography. The writer finds Orridge uncompromising but not always convincing. The book traces that twisted itinerary from the extremist performance collective COUM, via Throbbing Gristle (the industrial band who managed to put at least one record in the collection of every unsuspecting punk in the late 1970s), via the band Psychic TV, via the foundation of the pagan sect Temple ov Psychick Youth, to the relationship with dominatrix Jaye Breyer and the invention of ‘pandrogyny’ in which Jaye and Genesis aligned themselves surgically into a single identity. If you are wondering why this update studiously avoids gender pronouns, that’s why! Jaye died tragically young in 2007, and Genesis is now terminally ill…

As noted above, this is no hagiography. Uwe is both deeply fascinated by and highly critical of Orridge, praising his unique and  uncompromising art but questioning personal attitudes, statements, and actions at the same time. Because of  this stance situated between worship and condemnation, the German version has sold and sold and sold. So we are looking for interest in advance from a UK publisher who is willing to be daring. Fans of Orridge and people interested in his involvement in Magick will buy it, even if they find the writer’s approach challenges them. As will everybody with an interest in industrial music and Crowleyian Magick, as well as radical art in general.

So – will that adventurous publisher be you? Please get in touch via the email address on the ‘Contact’ page