… to the Edinburgh International Book Festival.

You never know who you’re going to bump into in Charlotte Sq. Here’s a back view of someone whose face you would know, if he turned round. He wasn’t appearing at the festival, but he’s obviously for some purpose, as he’s studying the map and getting his bearings. Do you recognise him? If you do, feel free to tweet to me @BookseekerAgent. I’ll give you a clue: he’s quite interesting, and he used to be a name to conjure with.

I mean, of course, THE Book Festival – the Edinburgh International Book Festival. It officially shut up shop yesterday, but as usual I have been around and about for the past extended fortnight, chatting, snapping, reviewing, occasionally getting in the way. I’m not going to waste too many words here, I’m just going to post my usual mini montage. All photos © Paul Thompson unless otherwise noted.

It wouldn’t be Charlotte Square without a couple of shots of Prince Albert, so here’s one with a seagull… 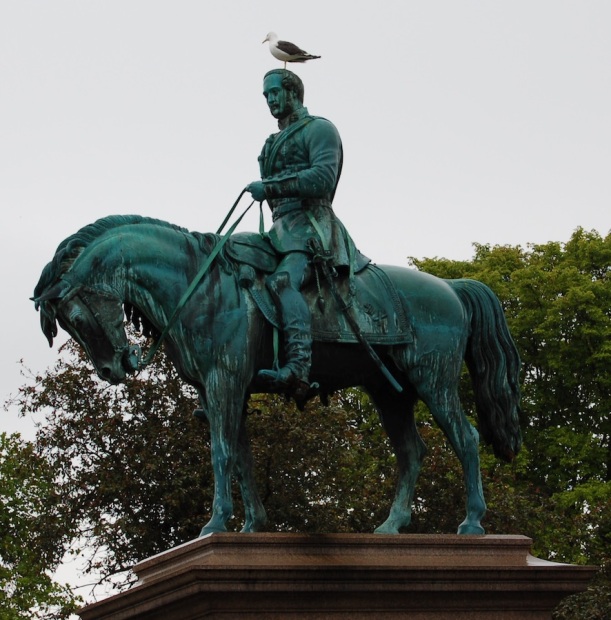 and one with a contrail. These show this year’s changeable weather in Edinburgh. 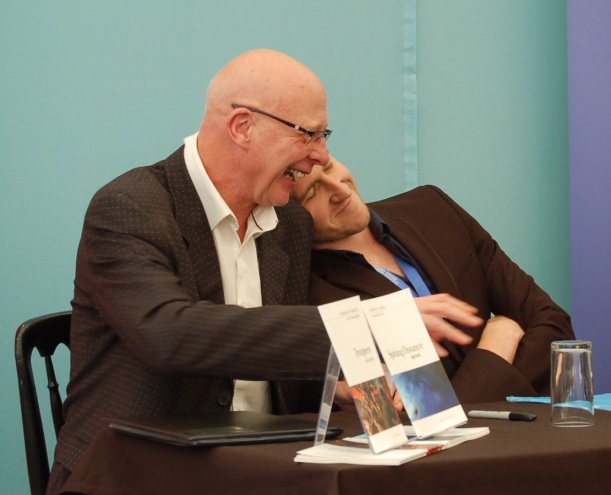 Two generations of the Mandela family joined us from South Africa. 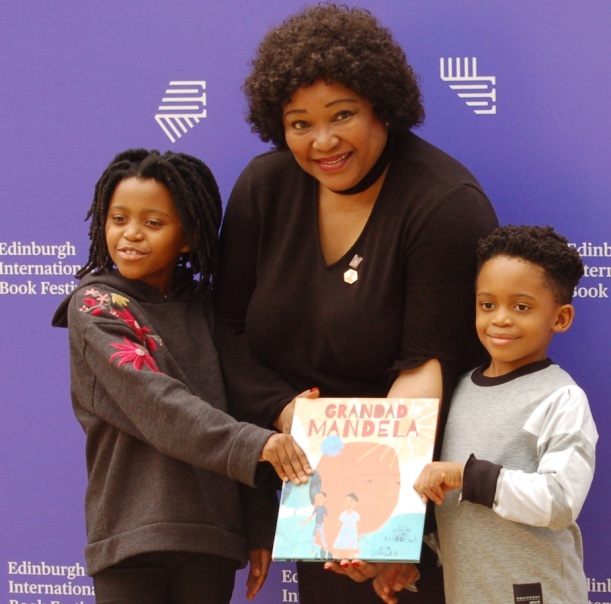 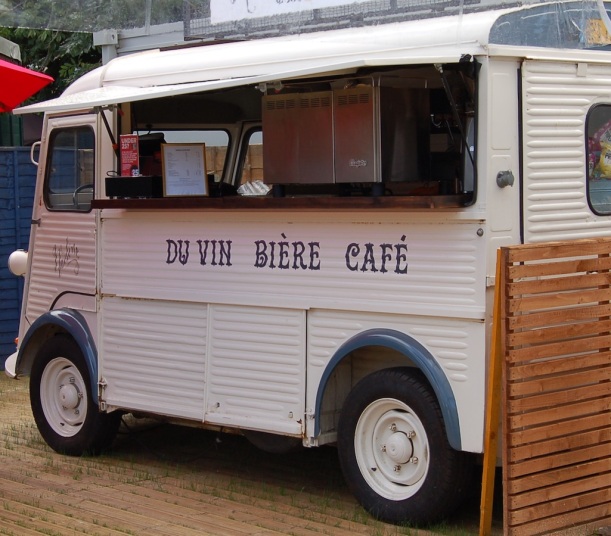 There’s always something going on, even if I’m not quite sure what… 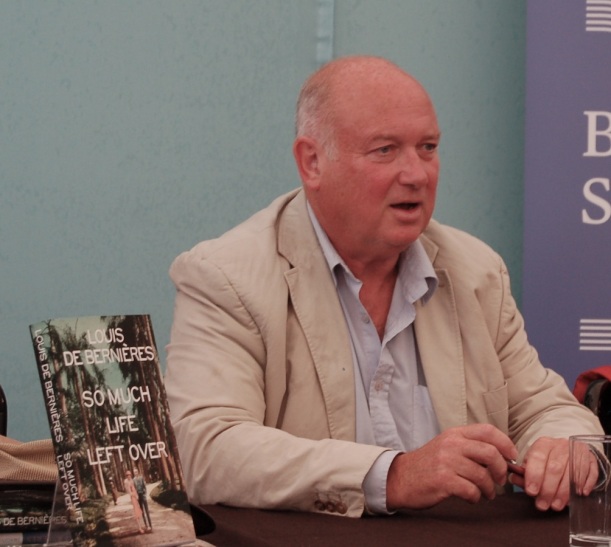 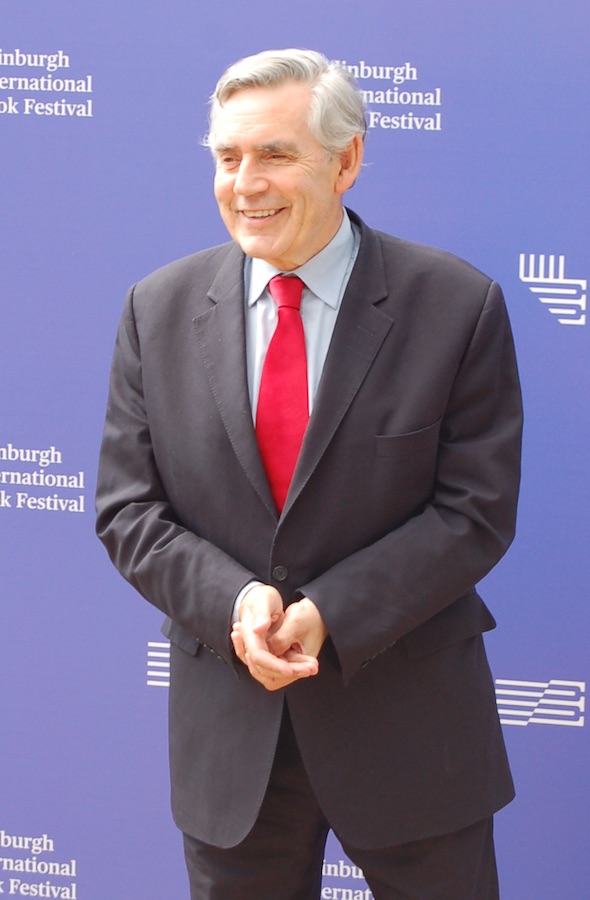 Happening to be in the right place at the right time, and with many thanks both to Festival Director Nick Barley and to the two storytellers, I was able to get some lovely exclusive photos of Maimouna Jallow and Mara Menzies!

The Bookshop is always busy. I say the Bookshop, but there are at least three – four if you count the shelves in the main signing tent. Anyhow, this is a shot from inside the big one in Charlotte Sq. 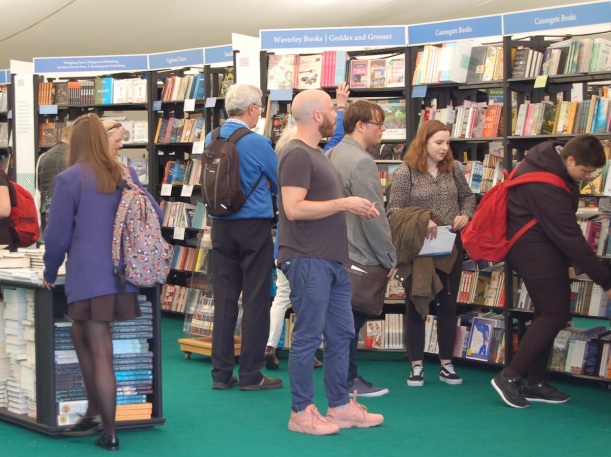 Two shots of ‘Makar’ Jackie Kay, one at her photo call, the other in the signing tent when she spots Ali Smith and another friend in the queue. Jackie always brings brightness into the Festival. 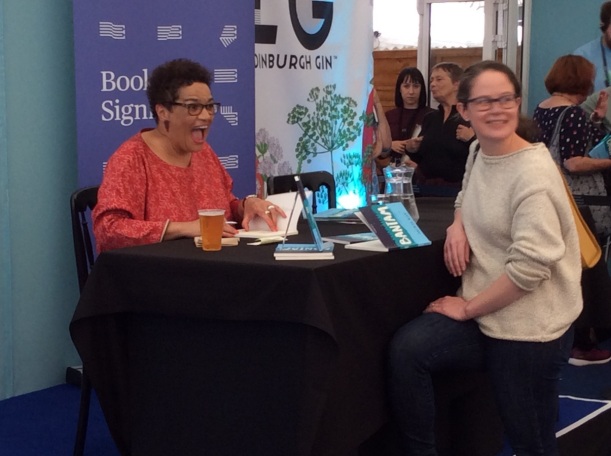 And here is Ali Smith, who was here helping to celebrate Muriel Spark’s centenary.

A natural break for one of the Festival staff. What better than to read a book!

Alice Strang was here, promoting the fine book she edited on Scottish Modern Art in the first half of the Twentieth Century.

And if you can blag a selfie with a National Treasure, why not! 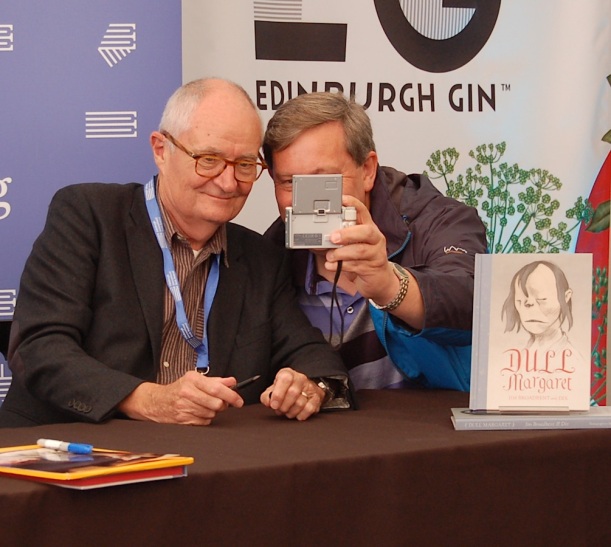 And as usual, there is always time for leisure at the Festival. 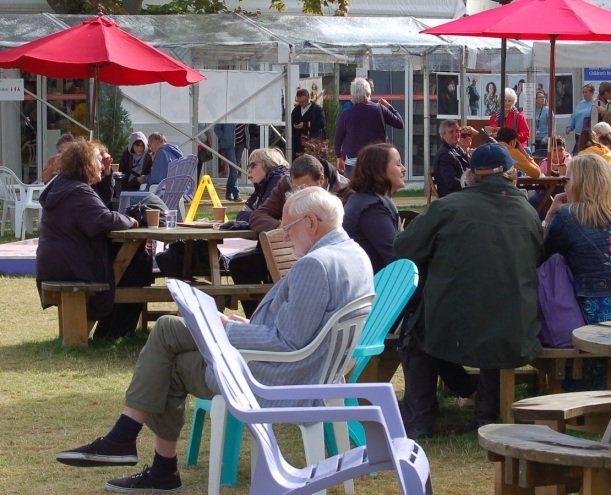 All being well, I hope to be back there same time next year.