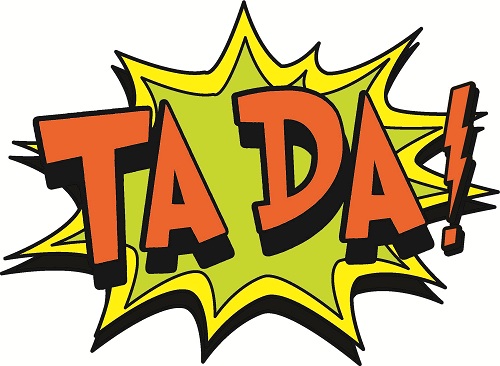 Okay, we’ll allow ourselves that little bit of levity…

Since the agency announced a few days ago that our client Constance Tonge had signed a contract for a commercial publishing deal, things have started to move in a big way here. Let’s summarise what has been happening.

Firstly, publishing contracts have been signed by to other clients. Joshua Gamon’s The Brothers Thanatos was described by the publisher with the words “Wow, what a riveting story!” Well, we can attest to that – it’s an absolute blinder of a tale, and we can’t wait to see it published. Also Marie Marshall has signed a contract for her collection The Last-but-one Samurai and other stories. Marie’s publisher intends to relaunch her teen-vampire novel From My Cold, Undead Hand at the same time as the sequel KWIREBOY vs VAMPIRE is published, both with newly-designed covers. There’s also talk of a relaunch of her 2010 collection of poems, Naked in the Sea.

Contracts are currently being negotiated with the estate of the late Hector P. Cortes for his novel Miura, and with the collective known as ‘The Firm’ for its non-fiction book Walk Proud, to be published in 2019 to mark the 50thanniversary of the media ‘discovery’ of the Skinhead movement.

Meanwhile we have a publisher looking at Michael Shand’s Let Sleeping Dogs Lie, a cracking thriller set in the mean streets of Edinburgh.

And lastly, the ‘Bookseeker’ of Bookseeker Agency himself, Paul Thompson, has achieved an MSc With Distinction in ‘Literature and Modernity’ from the University of Edinburgh, and will be looking for a PhD place in 2019.

We’re a little late onto this matter, and we don’t claim to be overnight experts, but this update is just let everyone know that we hold very little data. What we have, we try to keep safe, and we delete it on request. A fuller declaration has been added to our ‘Contact’ page. If anyone can think of something we should be doing or saying, please drop us an email.

The agency is very pleased to announce that it has secured a commercial publishing deal for its client Constance Tonge, in respect of her debut novel, Wisp. , set in and around St Andrews University in Scotland.

Over the next few weeks, Constance will be working with the publisher’s editors, polishing the manuscript and getting it ready for publication. She has several more books in the pipeline, ranging from fiction to academic non-fiction, and the agency hopes to keep representing her literary efforts with equal success.

More news in due course. For now, well done Constance!