I know the opening of a Craft Centre doesn’t seem the kind of thing you would expect to find on the web site of a literary agent. Of course we do have an ulterior motive (a client’s books will be on sale there), but on the other hand it’s just a venture we support, and involves personal friends. Click the image below – it shows work by one of the Collective – to see an introductory video promoting the Grand Opening.

Walk Proud is the title of a project being undertaken by ‘The Firm‘. The Firm is a group of people – none of them professional writers – who were urban teenagers in 1969, and who were among the first wave of the youth fashion/cult/movement which became known as the Skinheads.

Who were the Skinheads really? Ordinary kids? A mob of teenagers out of control? The newspapers and the authority figures had their knee-jerk reactions and opinions. Some of these kids might have been the tail end of the Mods; for others the Skinhead scene was something all of their own, which grew up in the schoolyard. The Walk Proud project will produce a book in which people who were Skinheads at the time will tell their own story. On the way they will maybe bust a few myths, and maybe reinforce some as well. The Firm does not intend to gloss over anything, but to tell it exactly as it was. They will answer questions such as – Were the original Skinheads racist? Was violence really part of their culture? Was it all about boots and braces, or was there a sharp fashion of tailored suits, shined brogue shoes, and American sports shirts which needed money to maintain it? What is their reaction to later groups who have taken over their name and something of their looks? The book hopes to deal with the clothes that Skinhead boys and girls wore, the music they listened to, their brushes with the law and with the older generation, the places they went to enjoy themselves, the fun they had, their language, how the fashion spread from London across the rest of the UK and Ireland, and much more.

To some readers, Walk Proud will be a work of social history. For The Firm it will be a chance to speak with their own voices, and put forward the first hand evidence of a generation that was largely stereotyped and vilified. If anyone out there is from that generation and would like to contribute to Walk Proud, work is in progress and we would like to hear from you – photographs are especially welcome – so please feel free to get in touch via the agency. 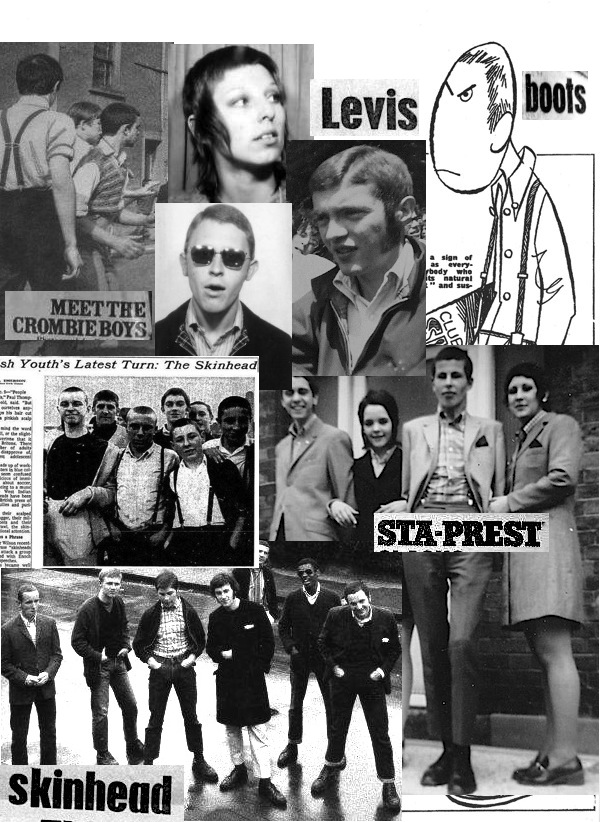